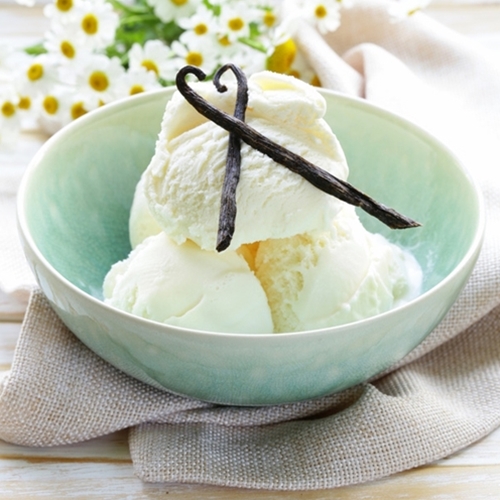 This is a rich vanilla flavor that has no Acetoin, Acetyl Propionyl, or of course, Diacetyl. Instead it uses a lesser known custard note called Butyric Acid.

This is the ingredient that other flavor companies are now using to replace Acetoin and Acetyl Propionyl for flavors like Vanilla Custard, and we were asked to create similar substitutions. We want to stress that Butyric Acid can also be a source of irritation to the lungs.

It is still a custard note, but usually is only used in traces, as too much of it can give an unpleasant note to a flavor. Butyric Acid is found in milk, butter, and cheeses. In fact, Butyric Acid occurs at about 2.9% in butter.

Butyric Acid is a healthy addition to foods, and a good article about this can be found here:
http://www.livingthenourishedlife.com/2010/10/is-butter-healthy-part-one-butyric-acid