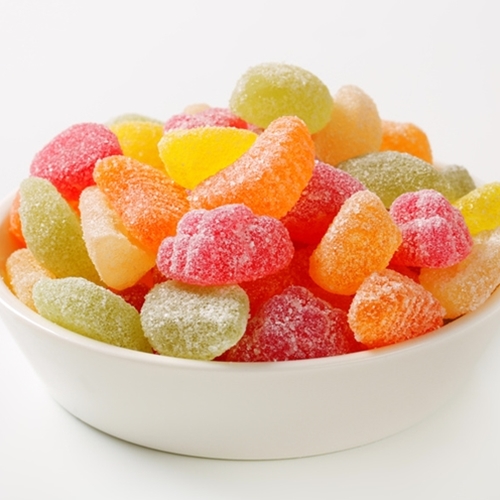 This is a sour note that can be used with other flavors for a “sour-candy” effect.

It is Malic Acid at a 20% dilution in Propylene Glycol.