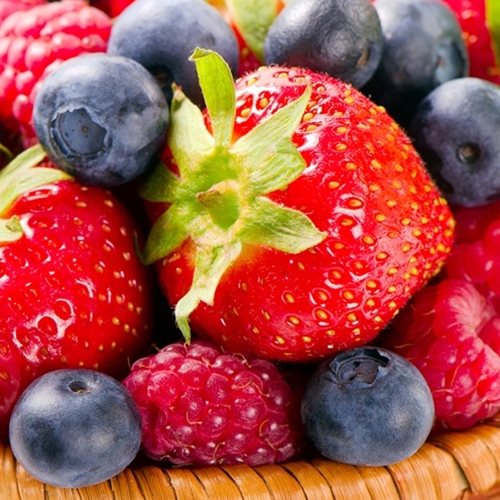 A fresh tasting blend of raspberry, blueberry, and other berry flavors!